Is it the Person or the Place? A Chicken-and-Egg Dilemma

You are here:
BlogLeadershipManagementOrganic Communication 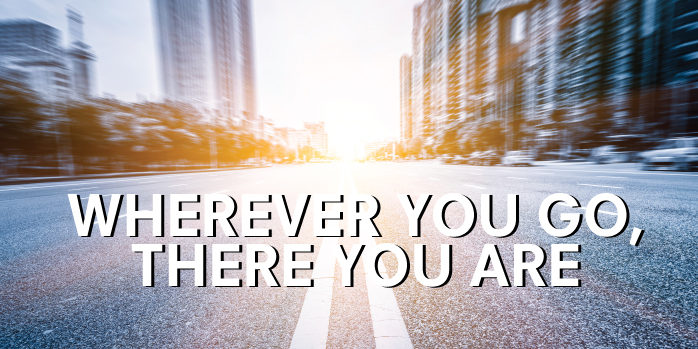 I’ve been getting my hair styled by the same hairdresser at the same salon for the last seven years. For six-and-a-half of those years I’ve been leaving satisfied with my hair but unhappy with the service. There were many times when I swore I wouldn’t go back to that stylist because while she is talented and experienced, she was also constantly moody and distracted.

A few months ago I received a text from my hairdresser, letting me know she moved to a different salon because she had a falling-out with the owner of the previous place. She told me that she was building up her business again and would appreciate my loyalty. My first reaction, honestly, was that I saw it coming. I actually went back to the same salon, feeling that my loyalty was to the place and not to the person. Different hairdressers styled my hair and did a fine job, and the owner told me that she had no choice but to let my stylist go, because she was creating drama and morale issues for the salon’s customers and employees.

Two weeks later, I received another text from my former hairdresser, this time with a photo of the name of her current salon: FRIENDS. Guilt got the best of me and I scheduled an appointment with her. When I arrived at Friends Salon, I could hardly recognize the hairdresser I’ve been going to on a weekly basis for nearly seven years! It had only been three weeks since I saw her, but she looked younger, prettier and calmer. While she was clearly heartbroken over being forced out of a place she worked at for twelve years, and would have never made the move on her own, she was also a different person and much more professional. The salon’s environment and energy was bright and open, and the customers and stylists were friendly and joyful. I’ve been going there for the last few months and the service is consistently great.

So…being an organizational and professional development trainer I have to ask: Is it the person or the place?

I have coached attorneys and executives who switched firms and started thriving instead of merely surviving. I have also worked with lawyers and managers who created the same negative patterns after the initial honeymoon period.

My analysis of these situations brings me to the conclusion that: people make the place.

We can’t and shouldn’t blame those around us and the company’s culture for our own words and behavior. There are times when it’s proactive and productive to be self-centered and self-involved if our intention is to create positive outcomes and interactions. We always have the choice to leave a place that feels toxic and draining, and we also have the power to change the place for the better if we choose to stay.