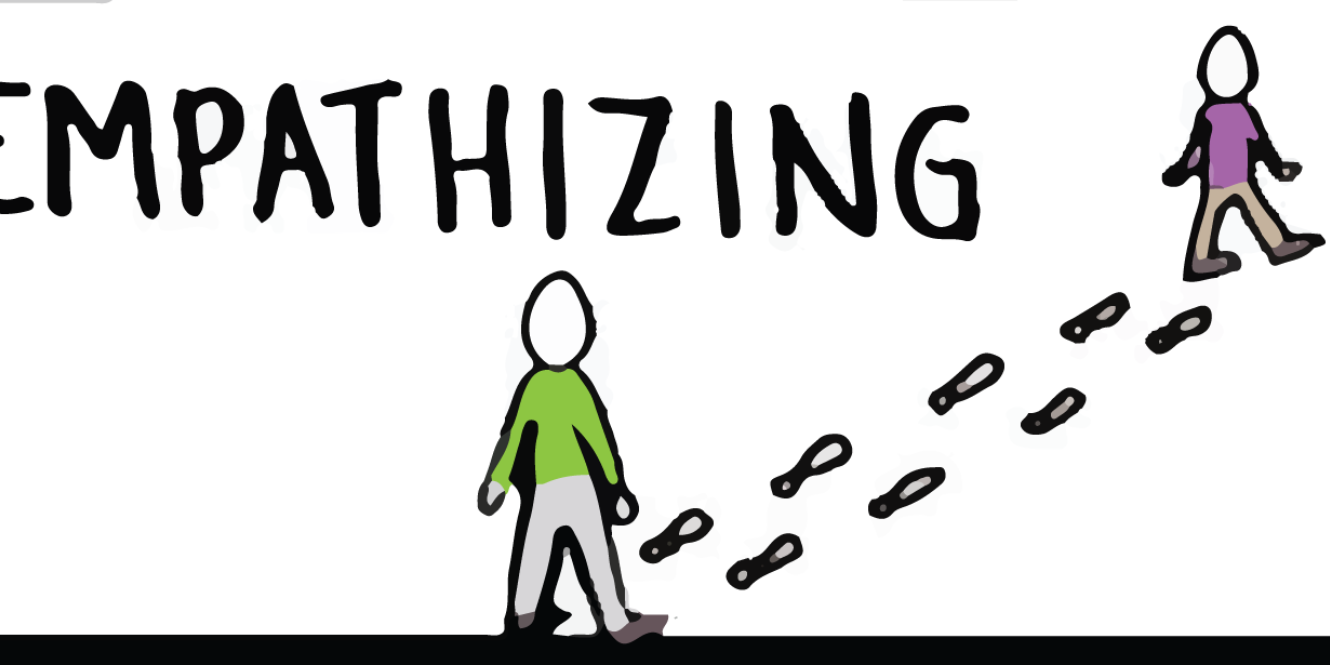 As we enter this harried, crazed — but also wonderfully sweet season — a reminder to raise our awareness of others and increase our ability to connect and empathize. A short segment from my upcoming book:

There is a fundamental difference between sympathy and empathy, and one that makes the first a communication blocker and the second an interpersonal connector. Essentially, sympathy means “feelings of pity and sorrow for someone else’s misfortune” and empathy is “the ability to understand and share the feelings of another.” These succinct Oxford dictionary definitions describe the one we sympathize with as a victim of their situation, and the person we empathize with as the hero of their journey. When we sympathize and over-sympathize with others, we take on the worldview that we have no control or say over the things that happen to us . When we empathize, we adopt the perspective that we have the ability to respond to events and shape our outcomes.

It’s no surprise to me, and yet still a powerful realization as I write these last few paragraphs of a book that has been very important to me, that I am ending on the topic of empathy. There is a general consensus that empathy is mostly missing or terribly lacking in our world today. From world leaders in legislative proceedings to coworkers in office buildings, from students in classrooms to parents on playgrounds, from family members at dinner to friends on social media, and with those we’ve mostly forgotten on the fringes of society, we lack the skill and will to see each other, understand one another and share each other’s feelings.

We attempt to block out our view of the homeless people outside our car window when we don’t know what to do. We block friends in our social media feeds when we don’t know how to hear. We block calls from colleagues and clients when we don’t know what to say. But it’s so much better and braver to try and fail than to completely ignore. When we see someone struggling and suffering, we so often go to extremes: Avoidance or over indulgence. This is not in any way a pat on the back for me, but I was so heartened and deeply touched when an executive shared the following story with me. She was in her office building getting ready to leave for the day when security alerted everyone on the premises to stay until further notice because they received word of a bomb threat across the street. One of the men working in the office across the hall from hers came in and asked, in a visibly panicked tone, what she thought they should do. Her automatic and formal reply came: “Just keep working.” But then a thought intercepted her frosty demeanor: “What would Lee do?” and she invited him to bring his laptop and work in her office until they received an update. That’s it. Empathy could be that simple: Understanding the other person is scared, lonely, anxious, etc., knowing what that feels like even if we don’t experience the same emotion in the same instance, and letting them know they’re not alone.

So often, we think we have to smother or rescue someone when they open up to us, but remember that it’s not helpful to make others feel like victims and we’re also crossing the boundaries of their space and privacy. We don’t ever want to make someone regret being vulnerable with us, since that’s already so difficult to do. And we don’t want them to feel like now their problem has overtaken us and they have to worry about how we’re taking in the burden of their detailed disclosure. At times, my communication coaching sessions go into sacred space with clients. They tell me about challenges they’re yet to overcome and there are tears, and intense emotions. On those occasions, we’re unable to neatly tie the one-hour meeting in a pretty bow with lessons learned. It’s a “to be continued…” break in the conversation, as my experienced colleague calls an interrupted interaction. It’s in those special cases that I want to cancel the rest of my day and be there, for and with my client. But then I realize that my job is not to over-sympathize and victimize; it’s to connect and empathize. I let them know it’s ok and they’re ok, and I check in later in the day to let them know I care about their feelings and understand how difficult the work ahead will be – and they’re not alone.

Lee Broekman is a communication coach and trainer with a mission to make the world a better place, one communicator at a time. Her company Organic Communication works with high level leaders and trains decision makers in top organizations to communicate, collaborate and innovate naturally and effectively. Delivering programs in concentrated bursts, with high intensity and elevated engagement, Lee turns powerful content into actionable, applicable tools. Her forthcoming book, Stop Blocking, Start Connecting: 8 Key Skills of Successful Communicators, is available for preorder at 8blockers.com.